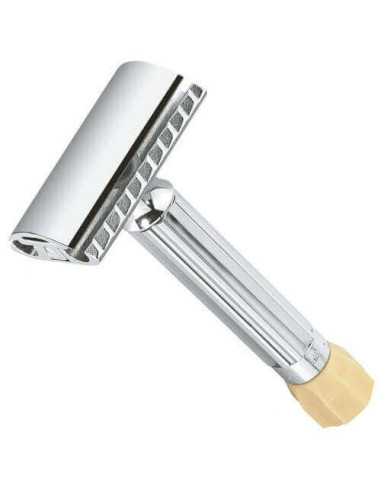 The Merkur Progress Adjustable Safety Razor is a chrome finished 2-piece double edge razor.  The peculiarity of this razor is that angle blade can be adjusted by twisting the base of the handle. 5 different positions allow setting an angle blade according to user experience or density of beard. A first class made DE razor offered with an comfortable and easy to hold handle.

The razor Merkur Progress 500 thanks to the adjustment with memory on the base of the handle it allows to measure the aggressiveness of cut according to the needs of the user, intervening on the opening of the "head". German finish and quality with meticulous attention to details and finishes.

Sold with a Merkur Super shaving blade included in the package.

The first razors built by Merkur already had a safety comb in which a removable wedge-shaped blade was fixed which had to be sharpened regularly. during the '900 Merkur has patented multiple models of razors and all their safety razors are branded with "Made in Solingen" and "Germany".

After the death of Emil Hermes in the 1957, it was the same family who continued his work.

Merkur production over the years is still very classic and for this reason, all the Merkur products on the market today always maintain the same "flavor" of the past. 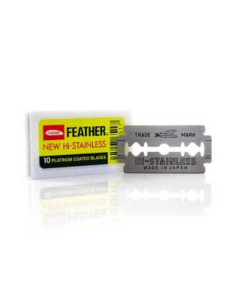 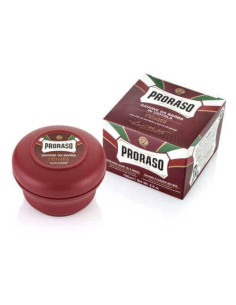 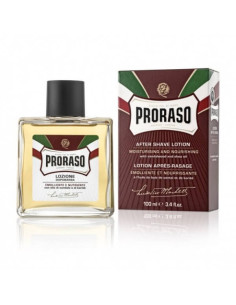 In stock
After Shave Splash Lotions